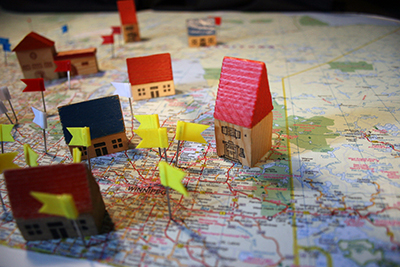 Home Routes/Chemin Chez Nous was initiated by the founders of the Winnipeg Folk Festival and the West End Cultural Centre, Mitch Podolak and Ava Kobrinsky in collaboration with Tim Osmond and with the support of a nationally based volunteer Board of Directors.

Home Routes/Chemin Chez Nous was incorporated as a not-for-profit arts organization in February of 2007 to create new performance opportunities for French and English speaking musicians and audiences in rural, remote and urban, communities across Canada, hosted by volunteers in their homes and other community venues.

The methodology applied is based on the recruitment of brand new presenters mostly in smaller communities thereby creating new opportunities both for the musicians and for the rural audience by increasing access and quantity of professional performances. Home Routes/Chemin Chez Nous was initiated by the founders of the Winnipeg Folk Festival and the West End Cultural Centre, Mitch Podolak and Ava Kobrinsky in total collaboration with Tim Osmond and with the support of a nationally based volunteer Board of Directors.

The Home Routes/Chemin Chez Nous house concert circuits are normally composed of twelve houses which the artist as a rule completes in fourteen days. Each house concert host presents six shows over the course of a year, which runs September to April with a two month break at Christmas and New Years. Each circuit of twelve houses has its own “season” of shows, each with a balanced program that could include blues, Cajun, bluegrass or old-time, to Celtic, Irish, World, American or Canadian music, whether traditional or contemporary, and any other interesting and fascinating music from just about anywhere on the planet.

A Home Routes/Chemin Chez Nous circuit helps artists to overcome the cost barriers of traveling long distance. Our innovative model offers a viable and lasting alternative to the traditional relationship between artist and presenter because it marries the needs of both into one dynamic program. Artists pay their own transportation costs and the hosts put them up and feed them all along the circuits. We provide the artist with a tour itinerary that has directions and all the contact info required for a detailed touring schedule.

Since its inception in 2007, Home Routes/Chemin Chez Nous has received consistent funding from the Canada Council for the Arts and Manitoba Culture, Sport and Heritage, for which we are eternally grateful. Without this support this wonderful project would not be possible.