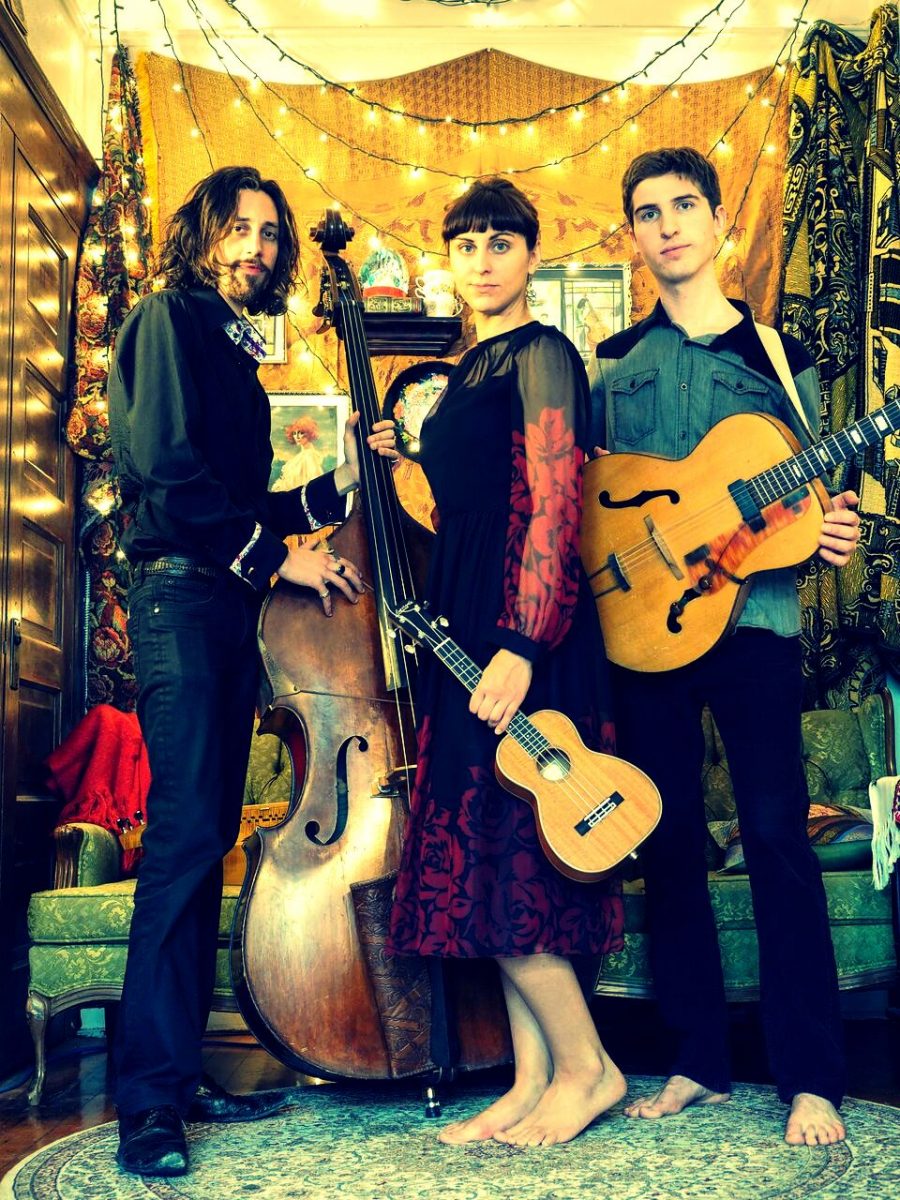 Like three hearts beating in perfect time, the music of CASATI is a living thing, constantly changing, evolving and reinventing itself. Grace Hrabi, Jesse Popeski & Quintin Bart search for stories waiting to be told and collaborate in bringing them to life. Songs about love found or lost, cautionary tales of time slipping away or even a whimsical tune about bicycle rides.

CASATI began as The Grace Hrabi trio, arranging jazz standards and dabbling in songwriting on their release Afraid of Heights (2014). As the band made collaborating on original music their priority CASATI found its own voice as a unique blend of folk and jazz that strikes a balance between sincere and direct words supported by musical inventiveness. CASATI brings their music to life with lush three part harmonies and rich textures created with ukulele, guitar, double bass sometimes a hurdy-gurdy.

Audiences have come to expect complete honesty from CASATI and the trio unwaveringly delivers in their lyrics and banter. The band tells stories to set the tone of the songs, engaging the audience before a single note has been played. The lyrics are not used to mask the meaning but to elaborate on it. CASATI’s songs cover a range of emotions, from realizations that took years to put into words to moments of pure happiness and humour, painting a complete picture of life.

CASATI focuses on making every piece a collaboration between all three artists. It is extremely important to the trio that each arrangement represents all three artistic voices and therefore some arrangements can take months to develop. The culmination of these pieces is captured on CASATI’s debut album, “There Will Be Days,” released April 2017.