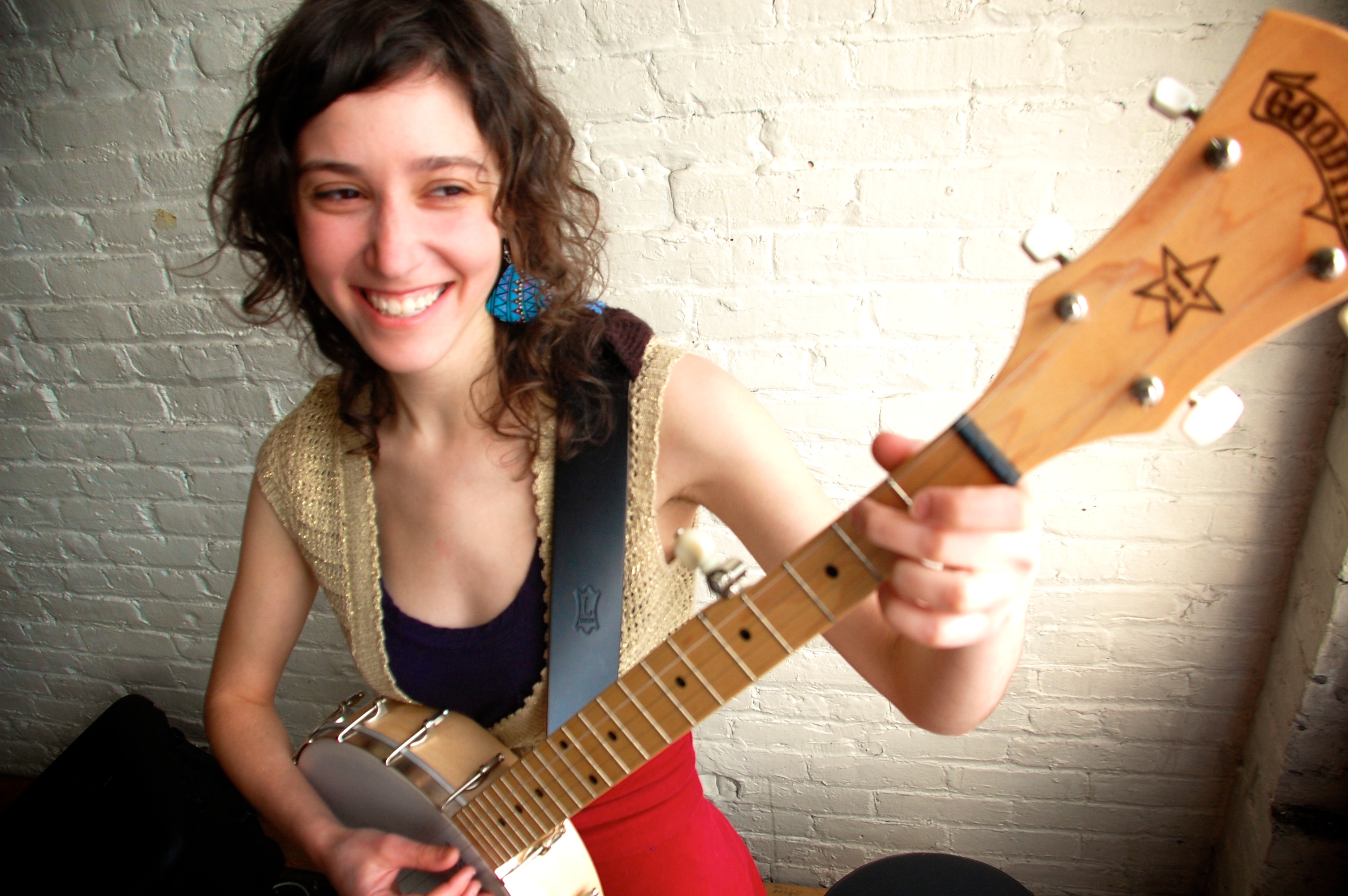 Banjo wielding songstress Corinna Rose will make your heart flutter and use its beat to start a hoedown. Named after a traditional country-blues song and her great-grandmother, Rose was raised on folk. Rose crafts songs that push the boundaries of the folk world. She captures the warmth joy and darkness of the tradition, yet unabashedly uses crooked rhythms and jazz chords.
Her unique banjo style combines light bluegrass picking and finger style techniques. Hailing from Toronto, Rose now calls Montreal home. Rose has been touring across Canada and the US with autoharpist and dear friend Leah Dolgoy for the past two years. They were first united after the passing of a mutual friend in 2010, and have been musically inseparable ever since. After spending many months at the John C. Campbell Folk School in North Carolina, Dolgoy has developed an inventive, gentle and melodic autoharp style.
Her playing and etherial harmonies bring a warmth and dynamism to Rose’s songs. Rose and Dolgoy have recorded and released two acoustic live off the floor EPs, entitled The Wharf (2015) and B-Sides (2013). Rose’s song, “Green Mountain State”, co-written with the Rusty Horse Band, won the 2013 grand prize of the John Lennon Song Contest in the folk category. Rose has played over 200 shows, has released four albums and has participated in various festivals across Canada including the Montreal Folk Festival and The Campbell Bay Music Festival. She’s performed alongside artists such as Tim O’Brien (of Hot Rize), Groenland, Peter Katz and Marissa Nadler. She will be recording her second full length album in the fall of 2015.