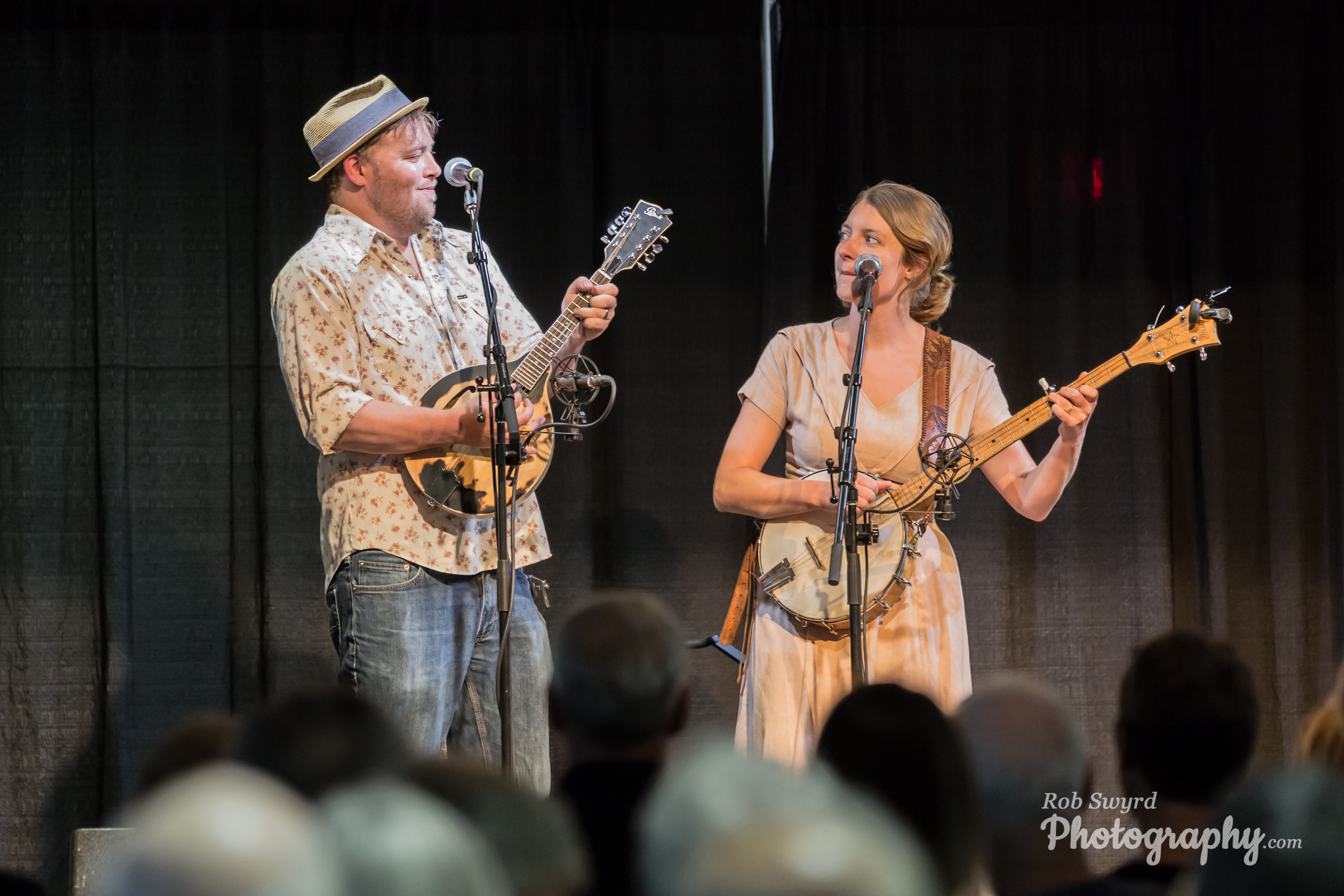 “Saskatoon’s Rugged Little Thing blends together a perfect cocktail of Old Time, Bluegrass, and Folk Music that feels like home.
Born out of kitchen jams and late nights by campfires in Canada’s north,
these two have fallen into sweet harmonies and catchy rhythms that are sure to get your toes tapping.”

Hamilton resident, Jille Shotton, was making her way across Canada a few years ago to attend various bluegrass festivals, but after attending the Northern Lights Bluegrass and Old Time Music Festival near Big River SK, her journey came to an end. She fell in love with the music community in Saskatoon, and very shortly after, she fell in love with her now husband, and musical partner, Ryan Shotton – a performing musician in SK bands Grain Report and Kory Istace vs The Time Pirates. The two met that summer and began jamming together shortly after. It wasn’t long until they realized they had more in common than music.

After Jille Proposed to Ryan on stage at that same music festival, they had a very busy year. Rugged Little Thing recorded their first self-titled album – all recorded, mixed and produced by Ryan – got married, recorded 3 music videos and played at 12 music festivals this last summer! Some of these festivals include The Northern Lights Bluegrass and Old Time Music Festival, All Folked up, Jazz Fest and Napatak Ramble in La Ronge, SK. Just back from their month long honeymoon in Greece, Rugged Little Thing is very excited to see where the next year will take them!”

“The pair state that they blend “together a perfect cocktail of Old Time, Bluegrass, and Folk Music that feels like home,” pulling from not just the classics but Canada’s own campfire and kitchen jam legacy. And that’s the familiarity they nail, luring you in through music you’ve known all your life but never shying away from being unabashedly rooted not just in comfort, but the truest version of those genres. Fusing together the disparate roots of our country’s edges, and pairing them with the smooth touch of Jille’s voice, Rugged Little Thing has indeed mixed a fine drink.”