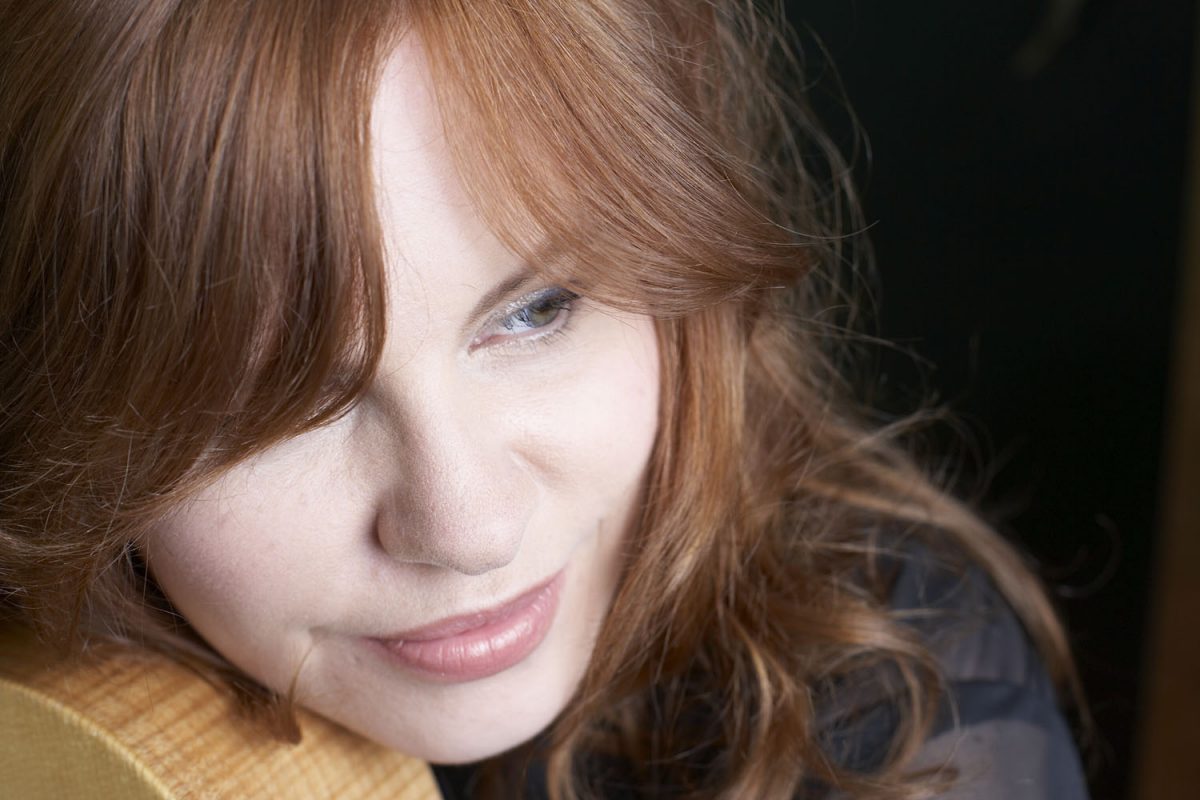 “When Saskatoon native Suzie Vinnick takes the stage, she takes it from footlights to rafters and owns it. She can belt out a blues or croon a ballad with equal deftness. Her guitar work is effortlessly commanding and supremely tasteful. But it is mostly her powerful presence that leaves a lasting impression. This lady is a force of nature with a six-string guitar. You’ve got to experience her to understand.”  Mike Agranoff, The Minstrel, Morristown, NJ
A Saskatoon native transplanted to the Niagara Region of Ontario, Suzie Vinnick is the proud owner of a gorgeous voice, prodigious guitar and bass chops, and an engagingly candid performance style.

Her career has seen triumph after triumph. Among her most recent successes: being nominated for a 2016 MapleBlues Award for Female Vocalist of the Year; achieving finalist status in the Solo/Duo Category at the 2013 International Blues Challenge in Memphis, TN; the  2012 CBC Saturday Night Blues Great Canadian Blues Award and the 2012 Sirius XM Canada Blues Artist of the Year. Suzie has won 10 Maple Blues Awards, 1 Canadian Folk Music Award for Contemporary Vocalist of the Year and is a 3X Juno Nominee.
Suzie has toured nationally with Stuart McLean’s The Vinyl Café and the John McDermott Band, and performed for Canadian Peacekeepers in Bosnia and the Persian Gulf. She was also the voice of Tim Horton’s for 5 years. How cool is that?
Suzie’s latest full-length release is a solo acoustic blues album entitled Me ‘n’ Mabel, and in May of 2012, she released Live At Bluesville, which includes 8 blues, roots and gospel songs. She is currently working on a new blues and roots album to be released in early 2017.
Tune your ears to one of Canada’s music greats, with “…a voice of spun gold and honey” (Access Magazine)

“…combined with her amazing guitar chops, Vinnick is just a blue note or two away from turning into a legend. “

Music by the Bay Concert Series