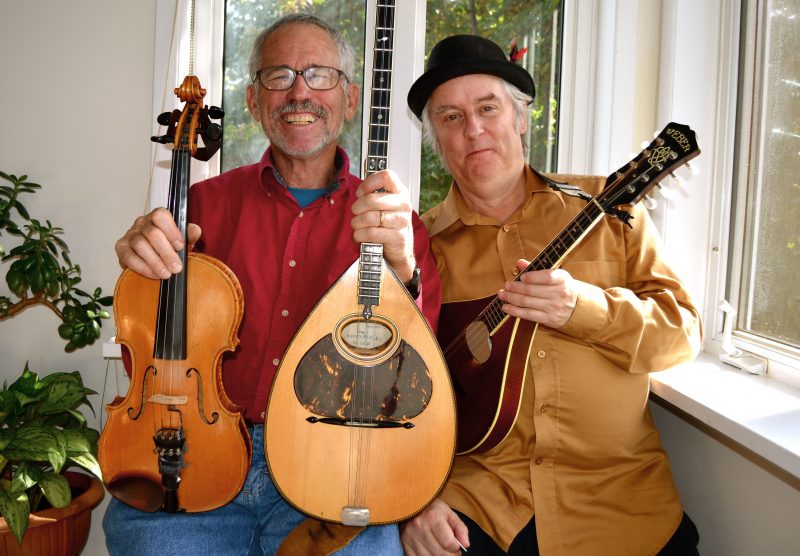 Tanglecove is an acoustic duo made up of two songwriters who are also talented multi-instrumentalists.

Dave Panting is a long time member of the music scene in Newfoundland, where he has performed and toured with Figgy Duff, Rawlins Cross, The Irish Descendants and is well known as a composer and studio musician. Dan Rubin spent several decades performing and touring out of British Columbia with groups that included Flying Mountain, New Earth and Rubin Dan and the Giant Clams. Since moving to the east coast in 2002 he has become a fixture on the local scene as a performer, producer and music promoter.

On stage the two musicians are formidable creators who entertain their audiences with their moving and honest stories, original songs and traditional tunes. In performance they play guitar, violin, bouzouki, mandolin and their singing has been honed through forty years of touring across Canada and around the world. For more information, samples of their music and details of their Home Routes tour of Ontario, visit www.tanglecove.ca