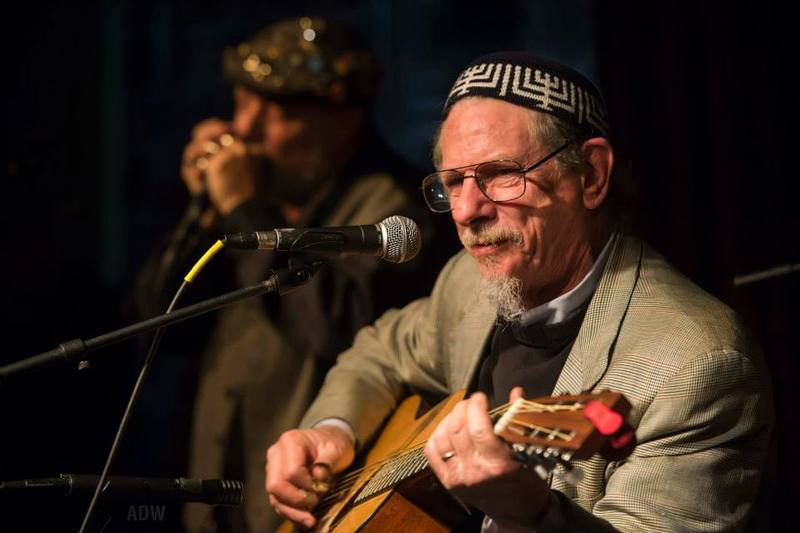 TN
Andy Cohen grew up in a house with a piano and a lot of Dixieland Jazz records, amplified after a while by a cornet that his dad got him. At about fifteen, he got bitten by the Folk Music bug, and soon got to hear records by Big Bill Broonzy and the Jim Kweskin Jug Band, both of which reminded him of the music he grew up to. At sixteen, he saw Rev. Gary Davis, and his course was set. He knew he had it in him to follow, study, perform and promote the music of the southeast quadrant, America’s great musical fountainhead. Although he’s done other things- a certain amount of writing, and physical labor from dishwashing and railroading to archaeology, playing the old tunes is what he does best.

What I do mostly any more, is a sort of Country Blues 101. It¹s broader than that, of course, covering material from before the twenties to about the fifties, and ranging over the several states to which Memphis is adjacent. I grew up during the Sixties Revival in Massachusetts, but I¹m a Southern boy at heart. I made a point of acquainting myself with all the blues players I could, on record and in person. In my shows, I do material by Rev. Davis, John Hurt, Big Bill, Gus Cannon, Frank Stokes, Memphis Minnie, Bukka White, Barbecue Bob, Charlie Patton, Ted Bogan, Henry Spaulding, or any of a hundred other blues people.