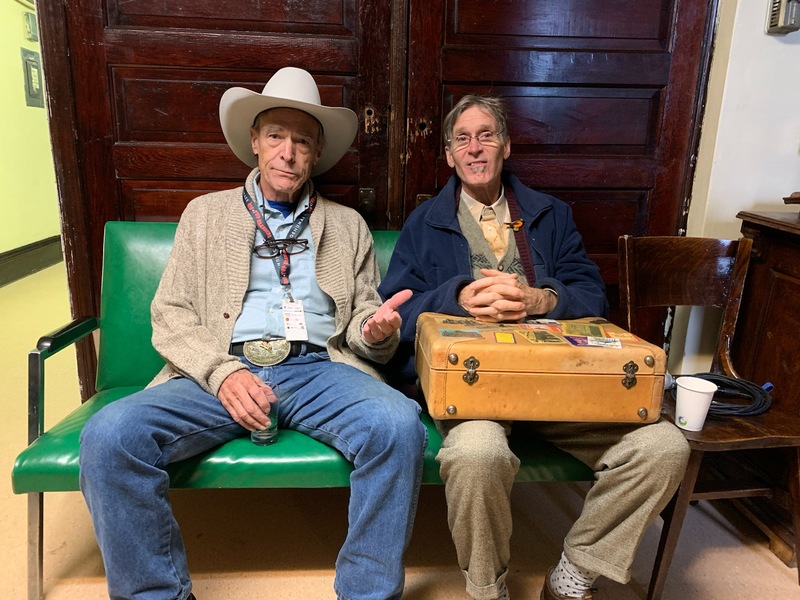 BC/New Mexico
Genre: Cowboy songs, Poetry
Cowboy music is about the human condition, western version. Cormier’s music is mainly old and traditional cowboy fare and reflects his nine years as a ranch and farm hand. His music is also informed from teaching American history twenty-two years. And along the way he has acted and performed in film and television productions as diverse as Wyatt Earp and Breaking Bad. Steve has performed at many musical festivals around the country, including: Kerrville Folk Festival, Texas, Winnipeg Folk Festival, The Folklore Society of Greater Washington, D.C, New York Folklore Center, NYC and the Albuquerque Folk Festival. He has several recordings and videos.

If PETER PAUL VAN CAMP, the congenial Rhymester, can make one claim, it is this. He will not only steal your heart, but return it, cleaned and pressed. For nearly five decades, he has graced the coffeehouses, the college campuses, the Folk Clubs as well as the major and regional Folk Festivals of Canada, from
Vancouver Island to Newfoundland. Oh, and all of those house concerts! He remains one of the last half-dozen fully bespectacled Declaimists on the circuit, and his motto will always be….”My Best Effort Today, and Better Luck Next Time.”