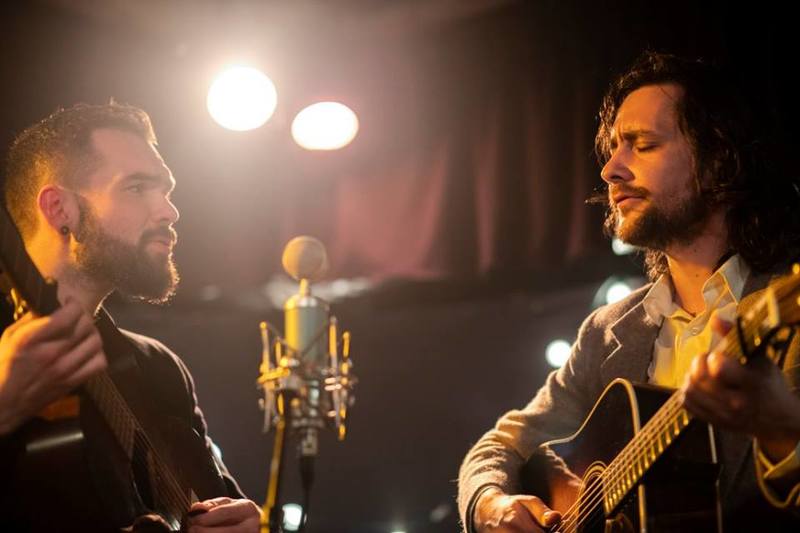 St. John’s, NL
Genre: Folk
To call Canada your home can be a very vague statement. From the Rockies, all the way to the eastern shores of the Atlantic, there are many places one can lay their head. It’s not only the sheer distance between the two coasts, it’s the cultural differences that exist within them. Rube & Rake’s debut album, Back and Forth, explores this theme with a subtle grace, giving space in their arrangements to explore the issues they sing about. By performing as a two-piece, they’ve found a way to put an emphasis on their lyrical delivery. Whether a song is performed with a four-piece string band, or just a banjo and a guitar, the duo has stories to tell.

Every song has a story behind it. Whether it’s the acceptance that there are loved ones you will never see again, the memories you make having to hitchhike on highways with no town in sight, or a series of natural disasters, there is a definite stamp of “Canadiana” on this album. Using these subjects as muses have helped set a tone to their live show. Often described as a darker Simon and Garfunkel, Rube & Rake’s performances engage audiences with a mixture of stories, intricate guitar work, and rich vocal harmonies. After working together for the past 5 years out of St. John’s, Newfoundland, Josh Sandu and Andrew Laite have fused an intimate musical cohesion that is only achieved through getting to know each other’s tendencies. Their music is an exercise in creating something beyond the sum of their parts.